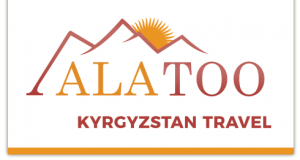 The Kyrgyz Republic is located in the northeast of Central Asia, bordering Kazakhstan, Uzbekistan, Tadzhikistan and China. It is a small country, about 199 900 km2. 90% of the land is filled with mountains and 3.5% with forest. The Tien Shan and Pamir Mountains with the world-famous summits such as the Pobeda Peak (7439 m), Lenin Peak (7134) and beautiful Khan-Tengri Peak(7000) are situated here.

In Kyrgyzstan there are over 600 glaciers, covering rather large areas. The peaks and valleys divide the country across various landscapes, microclimates and habitats. In one small geographical area there are lots of different things to do and to see.

The most famous and most popular visitor destination in Kyrgyzstan is the Issyk-Kul lake (Kyrgyz : Yssyk-Koel), one of the deepest and largest lakes in the world. It is located in the northeast of the country amounting to over 1600 m above sea level, 700 m deep and spreads over 6236 km2. About 80 rivers fill the lake with glacier water. But the lake is without an outflow and that is why the water is slightly salty (5.8 grams / liter). The Issyk-Kul is surrounded by the mountain ridges of Kungoy-Alatoo in the north and the Teskey-Alatoo in the south, the peaks remain covered with snow even in summer.

The second largest lake in the country is Song-Kul. The surface of the Song-Kul spreads over 275 km2 and is located at 3016 m above sea level. It is situated on a high treeless mountain plateau, which is used for grazing. The lake holds 2.82 km3 of water. Song-Kul has several tributaries, and there is only one outflow in the east to the Naryn river system.

Kyrgyzstan has an extreme continental climate. Because of the extreme differences in height it contains almost all the world existing climate variations. The result is a variety of natural areas such as semi-deserts, steppes, forests, alpine meadows, glaciers and frost debris areas.

This is accompanied also by a large number of the plant and animal species, the country has a rich wildlife and many rare animals, for example: snow leopards and Marco Polo sheep. There are more than 40 rare animal and bird species in the country.

Kyrgyzstan is a country of contrasts. There are over 80 different nationalities, who have preserved their own culture, traditions and cuisine. In addition to Mongolia, Kyrgyzstan is the country in which the nomadic culture is still kept alive to this day. Since the early history, the horse remains a faithful companion to the Kyrgyz nomads. The horse always accompanies the people in folk music, poetry, legends, fairy tales and traditions. Traditional holidays and festivals aren’t arranged without horse games.

The craftsmen are well known for their souvenirs, silver decorations, musical instruments and products made of felt, wood or leather. The wooden structure of the yurt is particularly unique. There are not many craftsmen who can make them.

The Kyrgyz are one of the oldest independent nations in the area of Southern Siberia and the Yenisey River. They migrated to Central Asia, where they claimed to be a stable force in the mountain regions.
Archaeological foundations point out to a settlement as far back as the early history of mankind. The legends of the nomadic peoples of the time was handed down orally, and via written testimonies from Chinese and Arabic sources, which were well informed by the observations and stories of merchants and travellers.

The present population of Kyrgyzstan often had hard times, countless roaming armies on conquests around the country since the era of Alexander the Great and his army into the modern era were historical events usually associated with war and great need:

Many places are of historical interest and have a great historical importance, including: the Archaeological Museum at Sulayman Too, Kumboz Manas, the Petroglyphs of Sajmaluu-Tash and Cholpon-Ata, the minaret at Burana (10-12th century), Caravanserai Tash - Rabat (11th century), the mausoleums (11-12 century) and the minaret of Uzgen (11th century).

With the October Revolution, the Kyrgyz Republic was gradually assimilated into the Soviet Union, from December 5, 1936 it formally became the sixteenth republic. Hospitals, schools, theatres and factories were built and the infrastructure was expanded. The country was involved in the development of the socialist economic system. On Aug 31, 1991 Kyrgyzstan declared it’s independency from the USSR. Since then this day is celebrated as a national holiday.

Kyrgyzstan has an extreme continental climate. It can be up to -35 °C in winter, and in summer the heat can rise up to + 45 °C. There are big differences between plains and mountain regions. In the low lying areas, in Osh, Djalal-Abad, Talas and Chuy it's usually hot in summer. In the summer the mountain regions have a mild climate. But the climate is due to the low humidity very acceptable. In the mountains, the temperature at night drops to + 3 °C. The higher you get the colder the nights are. In the morning while the sun is shining, the temperature rises again to an average of 20 ° C. Because of the weather fluctuations, it is highly advisable to take warm clothes, sleeping bags and raincoats with you.

June, July, August and early September are the best months to travel around in Kyrgyzstan. The weather is then stable and most of Kyrgyzstan is mountainous, making the hot summers are pleasant. An average temperature ranges from 24 - is 35 °C.

Kyrgyz is the official language in Kyrgyzstan. In addition, there are many Russian and some English spoken.

Som is the currency of Kyrgyzstan.
€ 1 is approximately 72 sum.  1 US $ 67 sum.
New euro banknotes are welcomed in Kyrgyzstan (50, 100 euro banknotes).
In most cases operate ATMs in Kyrgyzstan with visas, some with maestro. It is therefore important to bring cash. We recommend approximately about € 150 to establish, - pocket money for personal expenses. There are many exchange offices in Bishkek, Karakol and Osh, making it easy to exchange money.

The voltage is 220 V, frequency 50 Hz.In Kyrgyzstan the problems with electricity happen often, especially in rural areas. In the big cities there are less problems. In the yurts there is no electricity. Please bring your flashlights! 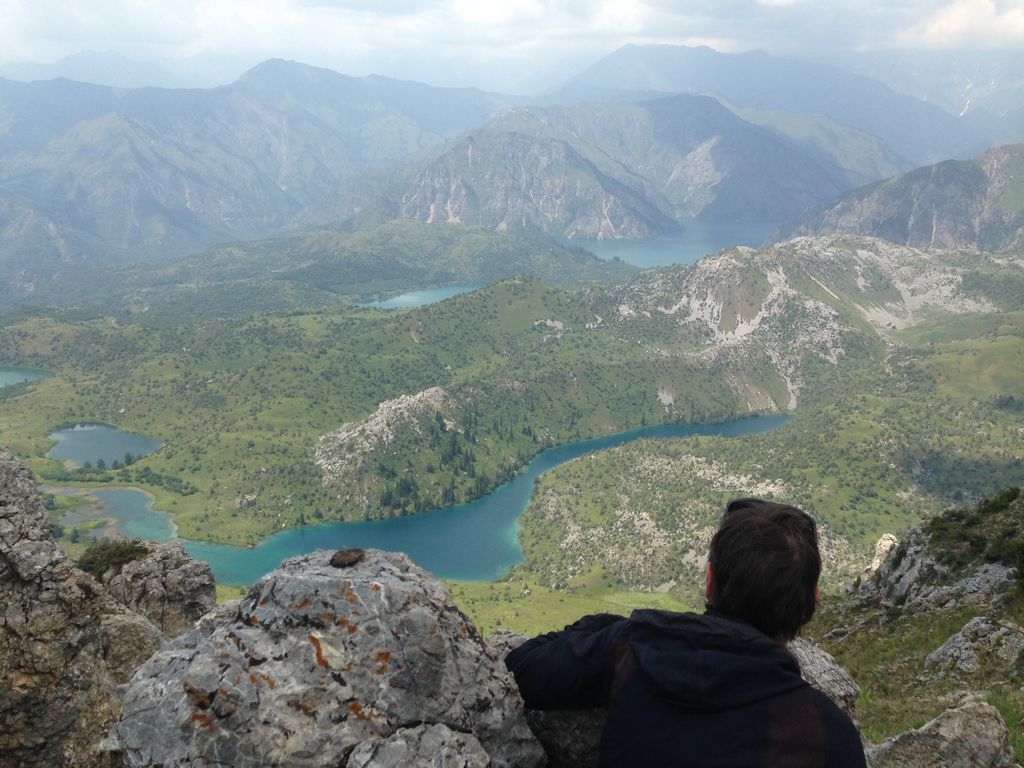 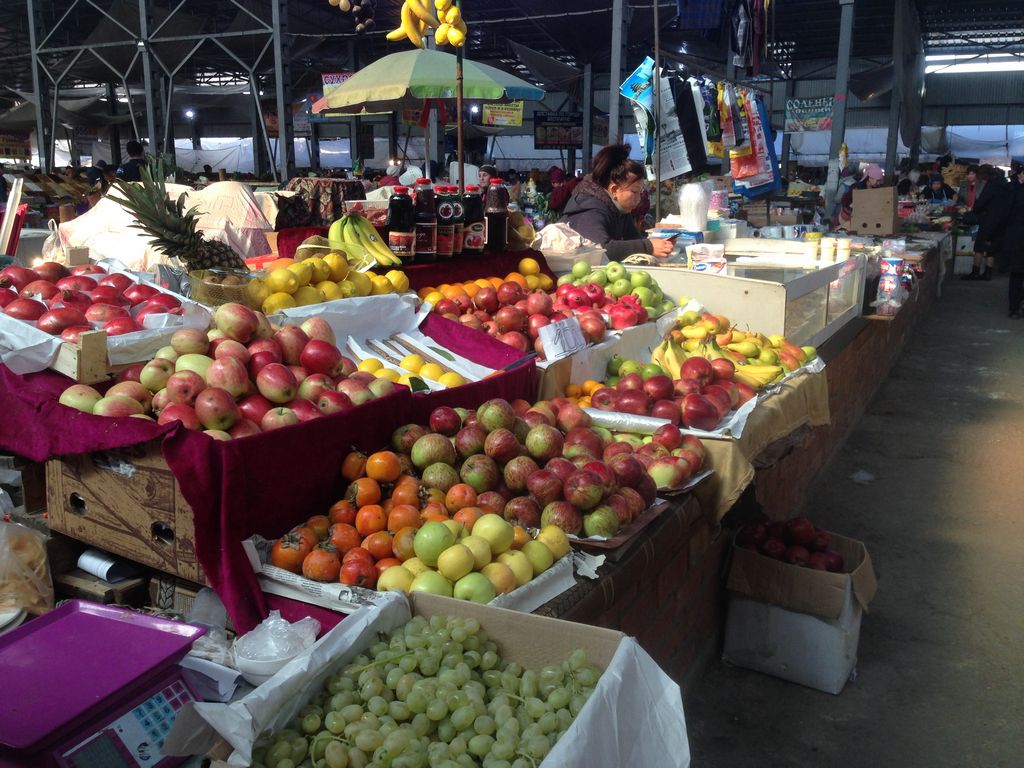 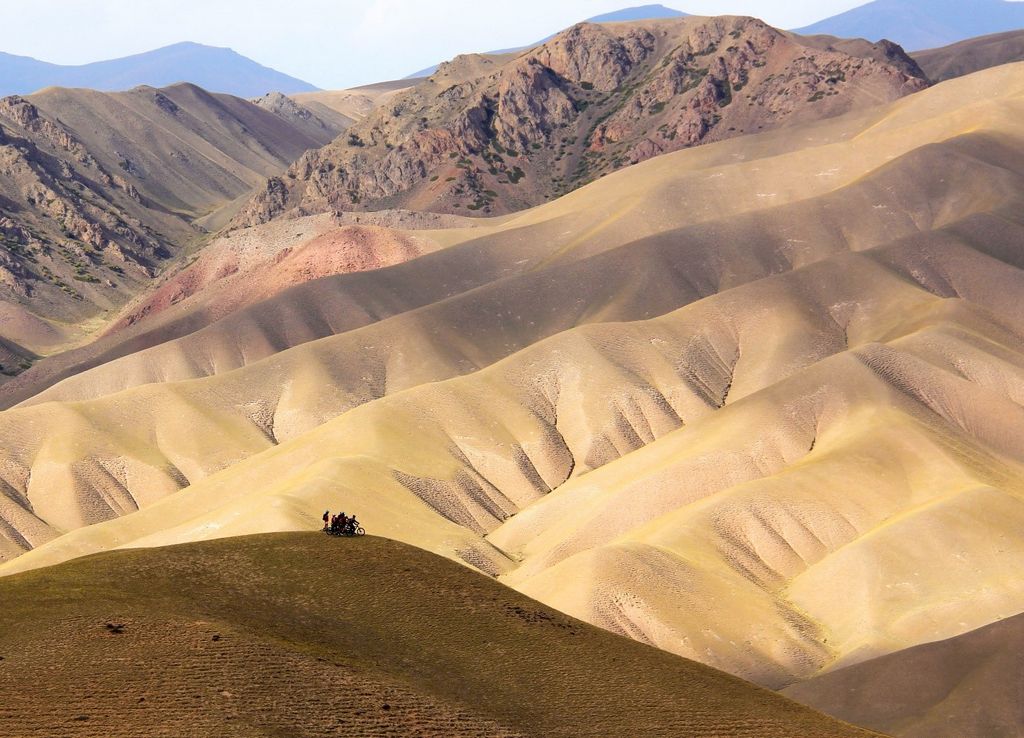 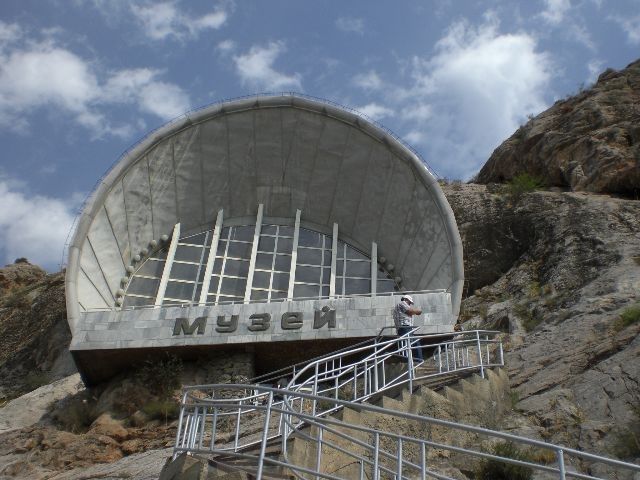 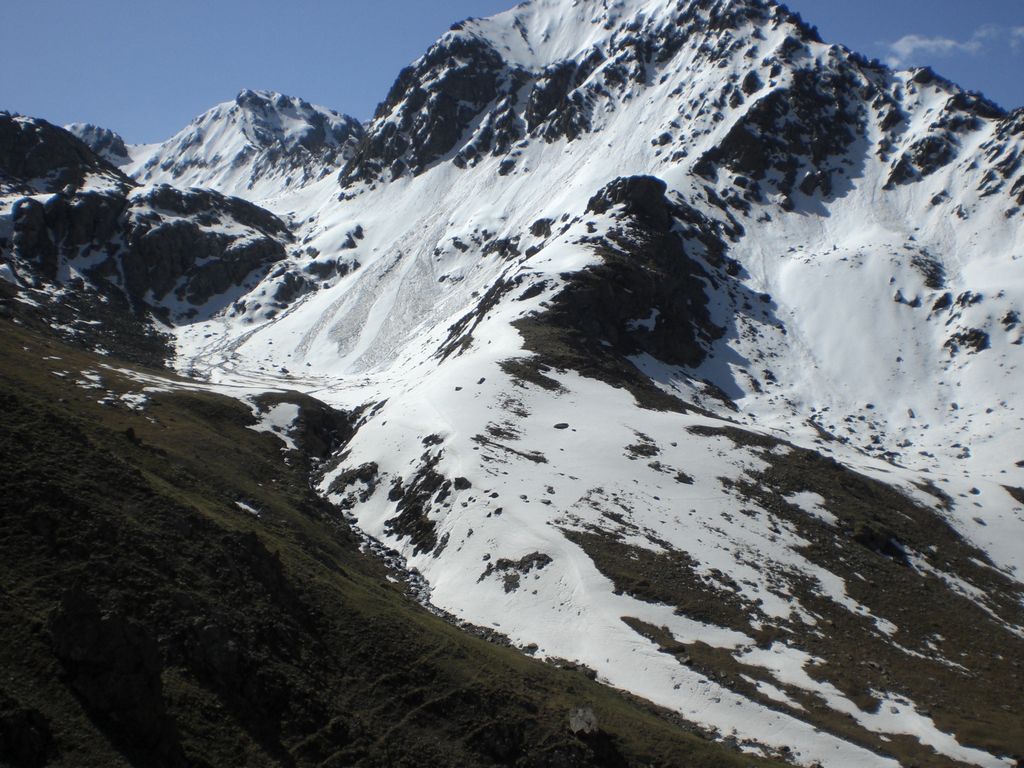 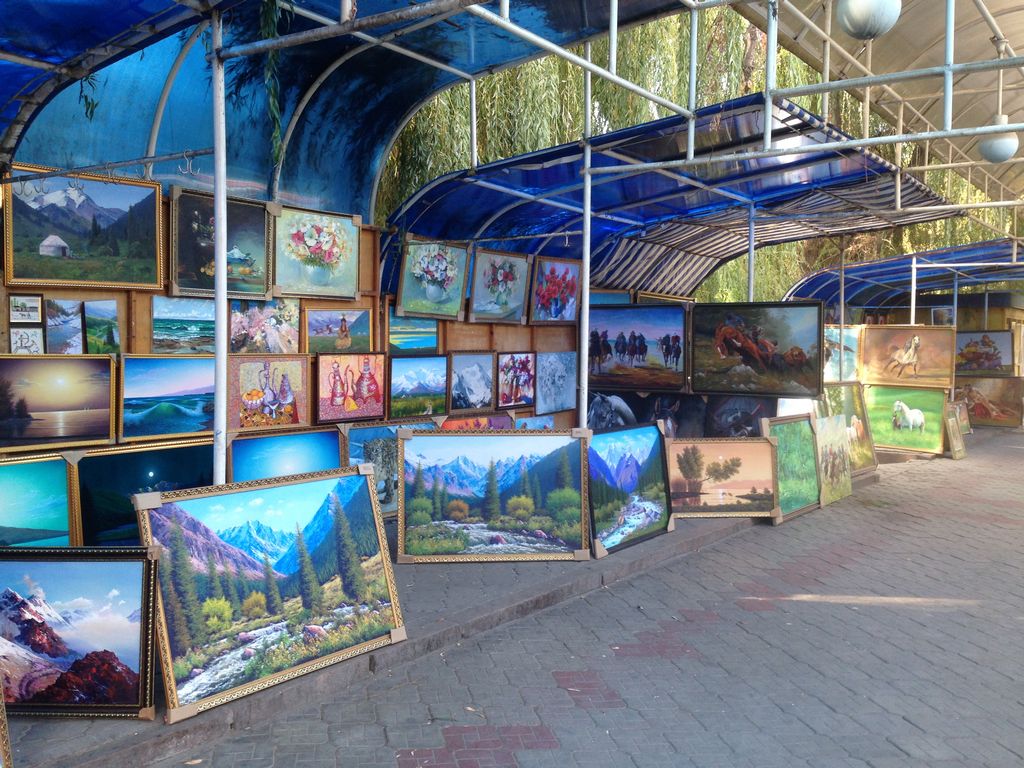 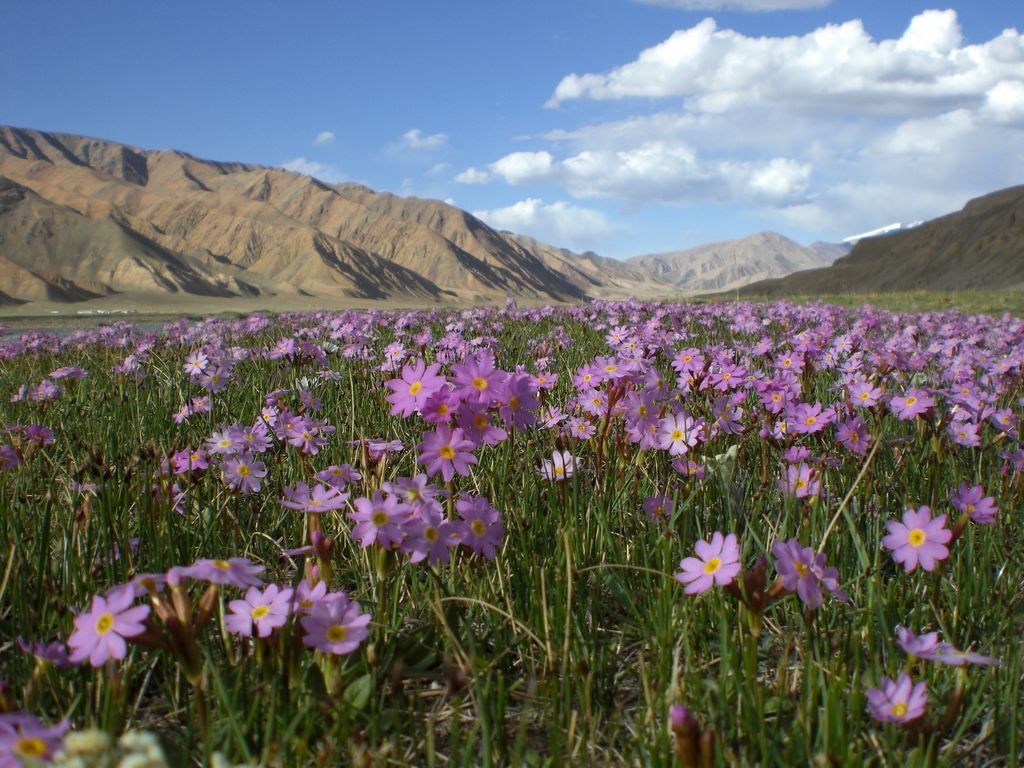 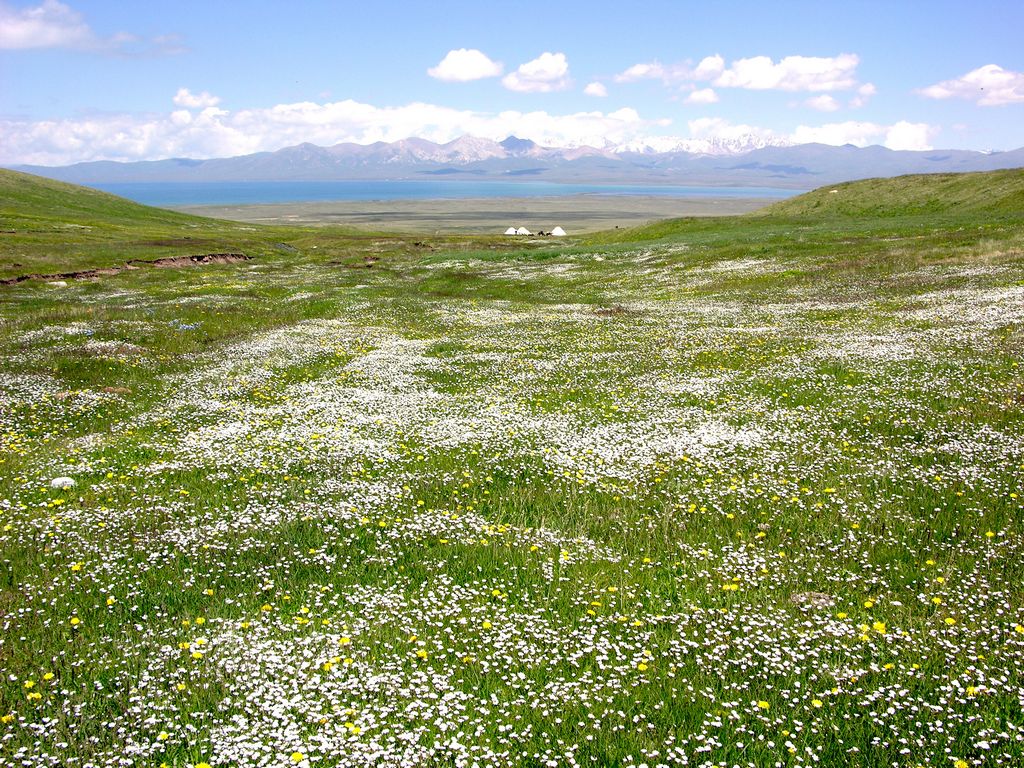